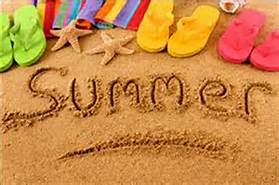 For the past two summers all I could think about is how much I want a pool.  My Father has not been to well the past couple of summers so I have had to help him mow the lawn.  The early part of the summer, while not fun, was not so bad, but by June as the temperatures soared into the nineties, the only way I could manage a step was by imagining the fun of floating lazily in the refreshingly cool waters of my own pool. Day after day I imagined, I hoped, and I dreamed of the relief of splashing around in those cool waters that would help to relieve the aching of my weary bones.

Sadly as much as I longed for one, I knew there was little hope of attaining my wish as a few minutes of dream crushing research revealed their steep price.  But if a permanent pool is currently out of the question, what about a temporary above ground pool.  Considering that a 15X4 foot pool can be $300 dollars I could at least hold some type of hope for buying one.

And I was ready.  Ready to fly out the door and buy the biggest pool that our tight pocket book could afford.  My hopes was that with a little stretching and a lot of belt tightening my family could find away to push the budget up just enough to get at least an 18X5 that I had found on sale. 18×5 my eager mind was already doing laps.

That was until reality brought the pool train to a screeching halt.  While every member of the family was dreaming of getting a pool, my dear Mother whose name should be caution, caution, caution, wanted to do about 1000 hours of research before rushing to the store and picking up a box containing our dream pool. Reluctantly, even though my personality is more like hers than I sometimes want to admit, I pulled out the computer and began reading and watching all the reviews that I could.

That is when my dream pool hit a cruel snag.  Despite the long list of troubling reviews that detailed disturbing accounts of pool liners that repeatedly sprung leaks within the first summer of use, of pumps that failed, shrinking warranties, and even ladders that looked like they could buckle under the weight of a fly, my hopes had sagged but not failed.  So far we knew that we had to choose our pool with caution, and make sure that when we got it we put it up well before the rather short 90 day warranty period expired. That way if there was a problem we could get a replacement.

My hopes were high until I ran into several videos that not only cautioned that the pool must be placed on flat land, but showed the potential flooding disaster if the land tilted even a half inch too much.  A slow, pocket draining leak was the least of the worries as we watched more than one video showing what would happen if a little leak caused the pool’s seams to rip sending a river of water swooshing across the yard.

Granted, some of those little leaks were enhanced by the person in the pool increasing the leak with a pocked knife, but the danger was all to real.  But my biggest complaint about our yard is that the person who sculpted it  seemed to think that we wanted to get our license as Jr. mountain goats, which was before the pocket gophers added their ankle eating touch, the luxury of a flat backyard is only a distant memory.

While it is not written on the box for all to clearly see, the land upon which the pool sits cannot slope more than 1 1/2 inches, and it really should be flat. Preferably flat and sitting on a thick piece of cement that can support its weight so water pressure does not get to strong on corner or grass grow through the lining.  Which now added a hefty price tag to my once inexpensive, second choice, temporary dream pool.

Oh yes, if we were willing and able to work under a 95 degree sun we could pull all the weeds and grass from the area and make it reasonably level.  I say reasonably level because when we first moved into the house my Mother and I tried to create a small stone patio in the backyard, but no matter how hard we tried there were always stones that bounced up and down like a sea saw, and edges of stones that remained high enough to catch your foot if you were not paying attention. The danger was that if we did not do the job right, our dream pool could flood our backyard or even our home.

By the time we fought with the HOA for approval, paid someone to flatten the lawn, and then pour a cement block, my inexpensive $300-400 pool would have mushroomed into a $1000-2000 pool that according to the reviews still might spring a leak before the end of the summer or whose frame might rust out over the winter. So that potentially next summer, after spending several thousands dollars, we would either have to break the bank or I would have to spend the summer dreaming of cool waters once again.  And of course if we had that kind of money to spend, we would much rather spend it on the daily pool of our dreams, instead of putting up and taking down a pool every summer.

So if you are thinking of getting a temporary, above ground pool to chase away the summer heat here are a few take away points that I learned in my failed attempt to get one.