Energy, a six letter word meaning 1. the capacity for vigorous activity; available power: 2. an adequate or abundant amount of such power(dictionary.com). Most of us take this six letter word for granted.  Assuming that it has always been there when we need it, and will always be there when the situation demands. Merrily bouncing around without giving thought to just how important a role energy plays in our daily life.  Never realizing that from the moment we open our eyes until the moment we go to bed we are using the precious resources of energy to do even the most mundane task such as blink, cough, hiccup, or breathe.  Jumping out of bed we head straight into our favorite routines little realizing the debt of gratitude we owe to energy as it fuels our daily task, ensures our memories, and guards us from the drain of an unexpected squeal of brakes or unwanted surprise exam.

END_OF_DOCUMENT_TOKEN_TO_BE_REPLACED 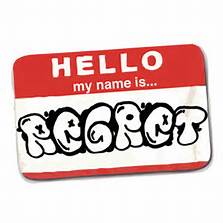 One of the hardest parts of living with a chronic illness is the long list of life’s missed opportunities and adventures. Regrets over the long list of things you dreamed of doing but knew that you would never be able to do because your health would never allow it.  And the frustration over the list of things you tried to do but had to give up because an ill-timed flair of pain left you bed ridden.

More times than I can count or want to remember I tried to reach my goal of becoming a doctor and failed. Several times under the influence of a brief pain free period I registered for class, only to have to drop days before the semester started because the intense aching of my bones had left me bedridden.  Even when I managed to make it past the first hurdle and survive the add drop period, major infections, life-threatening allergy attacks, and overwhelming pain forced me to withdraw from one or all of my classes before the term was over.

Despite moving with the speed of a hibernating sloth, I continued on.  Saving every ounce of my feeble supply of energy for my determined fight to reach my goal. Twelve years of faithful fighting and at last I had earned my A.A degree. But like a stubborn frog hitting his head against a brick wall, I still refused to give in. I still did not want to admit to myself that my dreams of becoming a doctor would never be reached. Time after time I waited for the wave of misery to pass so I could try again. Confident that I this time I would not make the same mistake that left had left me curled up in a useless ball of living pain.  Promising myself that this time the outcome would be different and that at last I would realize my dreams. Trying to convince myself that if only I pushed a little harder, worked a little smarter I would make it. But each time my hopes and dreams for life had to be sidelined, postponed, and eventually abandoned as the list of missed goals, postponed hopes, and forgotten dreams grew longer and longer.

END_OF_DOCUMENT_TOKEN_TO_BE_REPLACED

Why is that we humans love to give advice even when we nothing about what we are giving the advice about?  Why is that hatting it being done to ourselves, we feel so confident to push our opinions on others? Without being asked, without knowing half the facts, we will decide that we know better than any of the parties involved, and make it our life mission to tell them why we know how to run their lives better than they do.

END_OF_DOCUMENT_TOKEN_TO_BE_REPLACED

My name is Katherine Breanne Parilli and I am very new to the world of blogging. I have had an interest in writing for years, but did not find out about Word Press until recently when I started a blog centered around my dog Happy called Make Time for Happy 101.

But while I enjoy  the creativity of my dog themed blog, I wanted to share my thoughts and feelings about life.  I wanted the freedom to comment upon current events that touched my soul, to express my struggles dealing with chronic illness, and more that a dog themed blog would not allow.  That is why I started my Reflections about Life blog.

My hope for this blog is that it will touch the heart of at least one reader. That in some small way it will help someone to view the world differently or bring a smile to someone’s face.

It is funny, at night my head is full of things that I long to write.  Things that it feels are so important to share that it takes my sleep away.  But strangely, in the morning when I sit down in front of my computer or grab a note pad to jot down a few important notes, the whole thing vanishes from my mind like a forgotten dream.

I often wondered why it was that so many of the musings of the night melted in daylight like cold butter on a boiling fry pan.  And while I have never come up with a solid conclusion I have determined that it is due in part to our natural tendency to protect ourselves from pain.

END_OF_DOCUMENT_TOKEN_TO_BE_REPLACED

When I was a young child, if you had asked me where life’s road was going to take me without hesitation I would have confidently declared, to medical school.  Before I had even entered the first grade, I knew that I wanted to become a doctor.  A field trip to the lab where my Father worked only confirmed my decision as I looked up with awe at the neat rows of equipment that glowed like gleaming glass jars full of candy.