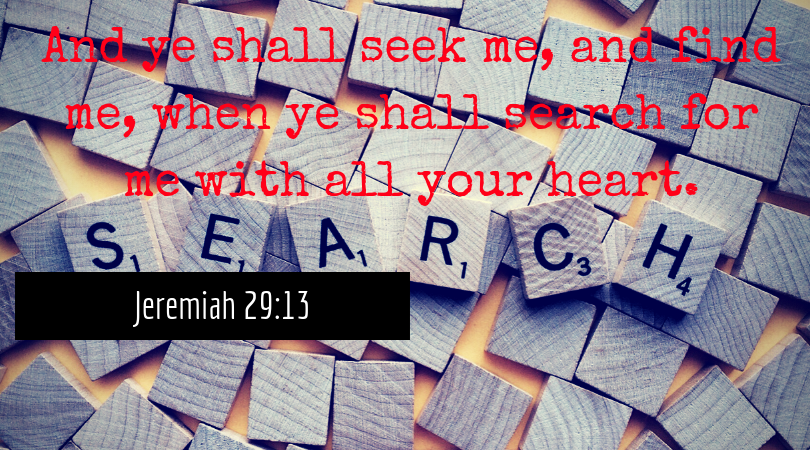 I was watching a video today talking about someone changed their mind about Christmas being pagan because they no longer felt that there was evidence to support the belief that Saturnalia was connected to Christmas. Not only that, but even if Christmas did have pagan roots, it no longer mattered because Christmas was now a Christian holiday.

I must admit it that this argument got me a bit upset. I mean if all one has to do to celebrate a day is call it Christian and that makes it right, well where does it stop? Can we slap the name Christian on alcohol and call it being drunk in the spirit? Can we put wings on half naked men and women, call them angels, and wipe away the crime of lust of which Christ said was equivalent to adultery in God’s eyes? I mean where does it end?

I was so worked up that I spent a large portion of the day writing a response. I thought I would share it with you so that you could have a small an idea of why my family and I have decided to give up Christmas.

I beg your pardon, but what do you mean that even if Christmas is pagan, we can keep it because it is now a Christian holy day? Are you saying that all we have to do is make something Christian and we can now enjoy it? Does that mean that all we have to do is wear Bible costumes, carve out bible scenes in pumpkins, trunk or treat in a church parking lot, and give a speech about Martin Luther nailing the 99 theses to the door and declare that Halloween has been transformed into a Christian holiday celebrating the reformation? Can we put angels on a deck of tarot cards and make a prayer to Jesus and thus say we have Christianized divination? Can we take the lunar festival with its moon cakes and lanterns lit for the dead slap on a few Christian titles and say no worries its Christian now? Because if we can transform Christmas from a pagan into a Christian holiday simply by giving a few Christian definitions and names to pagan customs and observances, then like a certain church, we can slap some Christian names like Peter, Paul, and Mary onto some images of pagan gods and bring them into our homes and churches because they have been safely baptized into Christian icons.

And where in the Bible do we find even find an example of transforming pagan ceremonies into Christian ceremonies? Wait a moment, I know, it was at the foot of mount Sinai right after God gave the ten commandments when the people grew tired of waiting for Moses and made a golden calf to represent not a pagan, but the true God. And was God pleased by the Hebrews slapping on Christian titles on pagan costumes or did God declare that they had corrupted themselves, called them a stiff-necked people and threatened to consume them?  And were not 2 of the sons of Aron killed because they offered holy fire in an unholy vessel?

As to the debate about Jesus being born on Christmas day, am I wrong or do we not teach that Christ ministry on earth was 3 ½ years not 3 and 1/3 years. Thus, if Christ died during the Passover, which is in spring, and if my math is correct, he could not possibly have been born in December so why are you giving any credence to that idea that he was born in December?  It seems to me that the idea that Jesus was born on September 11 makes far more Biblical sense (and no I am not setting a date for His birth) than December 25th.

Respectfully, as someone who once loved and celebrated Christmas fully believing that it had Christian roots, it also seems to me that you totally ignored the fact that even if Christmas did not come from Saturnalia, almost all of the supposedly Christianized traditions of the season not only once were but still are clearly pagan. Take for example the yule cakes, yule logs, and yuletide carols sung by a choir. Some places still build the traditional yule goat in honor of pagan gods. This twelve-day festival (is it the reason for the 12 days of Christmas), also known today as Christmastide, was and is a pagan festival that involved drinking, divination, and sacrifice to pagan gods. So why are we singing about and decorating our home with these items?

What is the least bit Biblical about the holly, ivy or kissing anyone you meet under the mistletoe? According to an article by the pagan pen titled THE HOLLY AND THE IVY, “significance of mistletoe, holly and ivy are of druid origin” after all, is not the holly tied to the pagan holly king who is honored at the winter solstice? According to the site learning the tradition of wassailing has its roots in pre-Christian fertility rites, metal ornaments were hung by the romans on outside trees during the feast of Satunalia, and early Germanic tribes decorated trees with fruit and candles in honor of Odin for the winter solstice. Should it not alarm Christians that they are partaking of traditions that honor the stag god, who links back the gods of the Old Testament to whom human sacrifices were offered and God told us to have nothing to do with?

Never mind magical elves, flying reindeer, and talking snow man, and the pagan god Satan Clause aka Christ Kringle or Christ child who knows all, rewards the good, wears a Mithra cap, and more? Not to mentions Santa’s terrifying companion Krampus, a demon like creature who is still celebrated today.

When my family made the decision to stop celebrating Christmas ten years ago, there were multiple factors that helped us to make the decision to throw out and destroy all of our Christmas stuff. One thing is as God lead us to study out the origin of Christmas, we began to ask, if Christmas really was a true Christian holiday, why does the world spend thousands of their hard-earned dollars to decorate their homes and celebrate the birth of Jesus when they want nothing to do with Him the rest of the year?  If Christmas had really become a true Christian holy day, why would Hollywood, that takes such delight in mocking God and his followers, spend billions of dollars creating movies that portray His day in a positive light? All year long their hatred for Him is visible. They use His name as a curse wood, the mock His life and death, declare His followers to be brain-dead bigots, yet suddenly, when December rolls around they get filled with the Spirit and sing His praises? The more we thought about it, the more we realized that the idea that Jesus is the reason for the season did not make much sense, but instead that the stag god dressed in scarlet, whose roots go back to the tower of Babel, is the true god of the season makes far more sense.

At first, we were tempted to believe that the pagan roots of Christmas were all past. That this was the way Christmas was, but now there is a newer, purer version of Christmas. Then we saw our first videos of Krampus and realized that the demonic side of Christmas is alive and celebrated today.

After that we took some time to watch several videos made by pagans and witches talking about how Christmas belongs to them and how we are stealing their holy day. Traditions such as ringing of the bells (to drive away demons, decorating with elfin symbols, decorating with wreathes, and putting lights in the window.  These were their traditions meant to honor their gods, to invite or scare away spirits, and had nothing to do with Christianity. If we are not supposed to learn the ways of the heathen, why are we filling our homes with items meant to honor heathen gods? How can we learn nothing from the heathen while doing exactly as the heathen do?

Christmas may be a great time for witnessing to others and doing good deeds, but just because it is a great time to do good and witness that we are to welcome this pagan filled celebration into our home?  If we cannot sanctify divination by putting angels on tarot cards and saying a prayer asking God to help these cards tell our future, why do we believe that we can take a holy day honoring the devil and with a few name changes transform it into a day honoring God.

If this quote is correct found on article entitled The Sabbath. Catholic and Protestant Stunning Admissions, written by Olusegun Olutoto on August 19, 2019  it should put the celebration of Christmas in a different light, because if the Catholic church is to be believed when it comes to the fact that worshiping on Sunday is an acceptance of their authority, it seems to me that we should sit up and take note when they say that the keeping of Christmas and Easter is also an acceptance of their authority

Practically everything Protestants regard as essential or important they have received from the Catholic Church… The Protestant mind does not seem to realize that in accepting the Bible and observing the Sunday, in keeping Christmas and Easter, they are accepting the authority of the spokesman for the Church, the Pope.

This is why many of feel that we cannot in good conscience celebrate Christmas. We have nothing against using this day to do good for others, but how, when we are called to come out of her my people, can we celebrate a Sabbath day or holy day that is by right a sign of her authority.